Why Did CIA Director Petraeus Resign? Why Was the U.S. Ambassador to Libya Murdered?


Why Did CIA Director Petraeus Resign? Why Was the U.S. Ambassador to Libya Murdered? 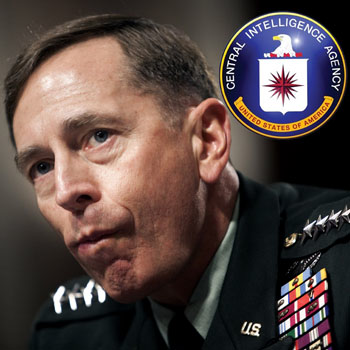 While the GOP is attacking (and Dems defending) the Obama administration in connection with the murder of the U.S. ambassador to Libya, there is a deeper story.
Sure, it is stunning that the State Department never requested backup or that people such as Lieutenant Colonel Anthony Shaffer allege that President Obama personally watched in real time the attacks as they occurred via video feeds from drones flying over the Benghazi consulate.
But these claims only can be assessed – and the whole confusing mess only makes sense – if the deeper underlying story is first exposed.

Many Syrian Terrorists Come from Libya

The U.S. supported opposition which overthrew Libya’s Gadaffi was largely comprised of Al Qaeda terrorists.
According to a 2007 report by West Point’s Combating Terrorism Center’s center, the Libyan city of Benghazi was one of Al Qaeda’s main headquarters – and bases for sending Al Qaeda fighters into Iraq – prior to the overthrow of Gaddafi:

The Real Story At Benghazi

This brings us to the murder of ambassador Stevens and the sudden resignation of CIA boss David Petraeus.
The Wall Street Journal, Telegraph and other sources confirm that the US consulate in Benghazi was mainly being used for a secret CIA operation.
They say that the State Department presence in Benghazi “provided diplomatic cover” for the previously hidden CIA mission.
Reuters notes that the CIA mission involved finding and repurchasing heavy weaponry looted from Libyan government arsenals.
Business Insider reports that Stevens may have been linked with Syrian terrorists:

There’s growing evidence that U.S. agents—particularly murdered ambassador Chris Stevens—were at least aware of heavy weapons moving from Libya to jihadist Syrian rebels.
In March 2011 Stevens became the official U.S. liaison to the al-Qaeda-linked Libyan opposition, working directly with Abdelhakim Belhadj of the Libyan Islamic Fighting Group—a group that has now disbanded, with some fighters reportedly participating in the attack that took Stevens’ life.
In November 2011 The Telegraph reported that Belhadj, acting as head of the Tripoli Military Council, “met with Free Syrian Army [FSA] leaders in Istanbul and on the border with Turkey” in an effort by the new Libyan government to provide money and weapons to the growing insurgency in Syria.
Last month The Times of London reported that a Libyan ship “carrying the largest consignment of weapons for Syria … has docked in Turkey.” The shipment reportedly weighed 400 tons and included SA-7 surface-to-air anti-craft missiles and rocket-propelled grenades.
***
Reuters reports that Syrian rebels have been using those heavy weapons to shoot downSyrian helicopters and fighter jets.
The ship’s captain was ”a Libyan from Benghazi and the head of an organization called the Libyan National Council for Relief and Support,” which was presumably established by the new government.
That means that Ambassador Stevens had only one person—Belhadj—between himself and the Benghazi man who brought heavy weapons to Syria.
Furthermore, we know that jihadists are the best fighters in the Syrian opposition, but where did they come from?
Last week The Telegraph reported that a FSA commander called them “Libyans” when he explained that the FSA doesn’t “want these extremist people here.”
And if the new Libyan government was sending seasoned Islamic fighters and 400 tons of heavy weapons to Syria through a port in southern Turkey—a deal brokered by Stevens’ primary Libyan contact during the Libyan revolution—then the governments of Turkey and the U.S. surely knew about it.
Furthermore there was a CIA post in Benghazi, located 1.2 miles from the U.S. consulate, used as “a base for, among other things, collecting information on the proliferation of weaponry looted from Libyan government arsenals, including surface-to-air missiles” … and that its security features “were more advanced than those at rented villa where Stevens died.”
And we know that the CIA has been funneling weapons to the rebels in southern Turkey. The question is whether the CIA has been involved in handing out the heavy weapons from Libya.

In other words, ambassador Stevens may have been a key player in deploying Libyan terrorists and arms to fight the Syrian government.
Other sources also claim that the U.S. consulate in Benghazi was mainly being used as a CIA operation to ship fighters and arms to Syria.
Many have speculated that – if normal security measures weren’t taken to protect the Benghazi consulate or to rescue ambassador Stevens – it was  because the CIA was trying to keep an extremely low profile to protect its cover of being a normal State Department operation.

CIA boss David Petraeus suddenly resigned, admitting to an affair.  This could be the real explanation, given that affairs of high-level intelligence chiefs could compromise national security.
But the timing of Petraeus’ resignation becomes more interesting once one learns that that he was scheduled to testify under oath next week before power House and Senate committees regarding the Benghazi consulate.
Many speculate that it wasn’t an affair – but the desire to avoid testifying on Benghazi – which was the real reason for Petraeus’ sudden resignation.

Whatever the scope of the CIA’s operation in Benghazi – and whatever the real reason for the resignation of the CIA chief – the key is our historical and ongoing foreign policy.
For decades, the U.S. has backed terrorists for geopolitical ends.
The U.S. government has been consistently planning regime change in Syria and Libya for 20 years, and dreamed of regime change – using false flag terror – for 50 years.
Obama has simply re-packaged Bush and the Neocons’ “war on terror” as a series of humanitarian wars.
And the U.S. and its allies will do anything to topple Iran … and is systematically attempting to pull the legs out from Iran’s allies as a way to isolate and weaken that country.
Americans should ask ourselves if that’s what we want …