Is NSA behind Samsung smart phone immolations? By Wayne Madsen Report
Samsung may not have to look any further than the National Security Agency's malware as the culprit behind its exploding Galaxy Note 7 smart phones, off of which have been recalled after a number of them began smoking and catching on fire, including one on a Southwest Airlines that forced the evacuation of the aircraft. Samsung has recalled all of its Galaxy Note 7 phones and has ceased production of the model. Experts agree that the problem is with the phone's lithium-ion battery. However, as previously reported by WMR, Samsung phones may be particularly vulnerable to a National Security Agency Trojan implant that purposely drive up the radio frequency (RF) energy of phones to cause the phones to become permanently disabled.

According to sources inside NSA, this editor was burned by his own Samsung cell phone in January 2011 as a result of NSA cell phone targeting. Although NSA whistleblower Edward Snowden had not yet revealed details of WATERWITCH at the time, NSA sources confirmed the overheating of the Samsung phone was due to a classified NSA program designed to sabotage various phones. Samsung phones appear to be particularly vulnerable to WATERWITCH attacks. The WATERWITCH/TYPHON operational suite can target phones up to a mile away. In densely-populated locations like Louisville International Aiport, where a Galaxy Note 7 began emitting smoke on board Southwest Airlines flight 994 while the plane was boarding passengers at the gate, a mile can take in a number of smart phones.

Is NSA's WATERWITCH behind the burning of Galaxy Note 7 smart phones?

The burn caused by this editor's Samsung phone, began as what was similar to a bad sunburn but soon developed into a second-degree burn with blistering on the right neck and shoulder. This skin burn began on the evening of January 6, 2011. On January 8, NSA insiders informed me that the burn was a result of NSA's highly-classified RF boosting program that targeted specific cell phones. The contour of the burn mark was oddly similar to the two equal halves of the Samsung's flip-top phone, with a white stripe in the middle where the hinge was located. 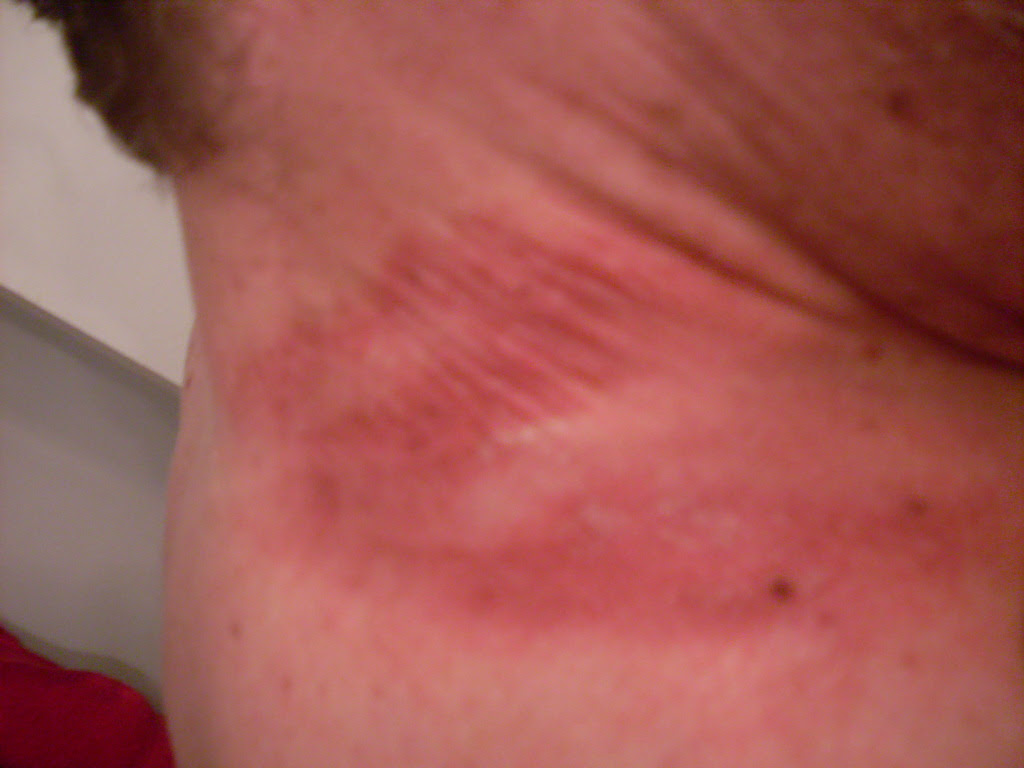 2011 burns caused by Samsung cell phone.
In its zeal to wage offensive cyber-warfare, NSA has ignored the collateral damage that can be caused by its activities in cyberspace. An example of this is the Stuxnet malicious software worm program developed by NSA and its Israeli counterpart, Unit 2800, to infect Iranian programmable logic controllers (PLCs) that operated the centrifuges used for uranium enrichment. PLCs are found in computers that operate supervisory control and data acquisition (SCADA) systems found in various industries, including nuclear power plant operations. The Iranian infection was caused by a Stuxnet-infected USB flash drive being inserted into a Microsoft Windows computer. From Windows, Stuxnet infected Siemens Step 7 software that operated the centrifuge PLCs.

However, the Stuxnet malicious software spread far beyond its intended target. Although 58 percent of the computers infected by Stuxnet were in Iran, the damaging code also infected computer systems in Azerbaijan, Indonesia, India, Pakistan, China, Russia, Germany, Hong Kong, Brunei, Kuwait, South Korea, Canada, Malaysia, the United States, Turkey, and Japan. Stuxnet spawned off two related and similar programs, Duqu and Flame, the latter of which infected computer systems in Palestine, Egypt, Sudan, Saudi Arabia, Russia, United Arab Emirates, Hong Kong, Austria, and Hungary. It was reported that Stuxnet infected the computers that operate the integrated British railway system. Since the deployment of Stuxnet, British rail collisions at Norwich Station, Plymouth Station, on the Abellio Greater Anglia line, and on the Scarborough to Liverpool Lime Street line, were all blamed on varying degrees of system failures. The accidents resulted in one fatality and 38 injuries.

A possible Stuxnet infection of the PLCs that controlled the emergency shutdown operations of the nuclear reactors at the Fukushima Daiichi Nuclear Power Plant following the March 11, 2011 Tohoku earthquake may have resulted in the meltdowns of the Unit 2 and 3 reactor cores.

Samsung phones catching on fire, railway system security being compromised, and nuclear meltdowns may all be the result of an unsupervised NSA cyber-warfare program that has placed dangerous toys in the hands of infantile generals and admirals.