According to a senior member of the staff of then-Secretary of the Navy John Dalton, the test firing of a new generation Navy missile from the submarine USS Seawolf accidentally struck TWA flight 800 en route from New York to Paris on July 17, 1996. According to the former Navy official, the missile test was so important for the Clinton administration, it was being shown live on a Navy closed-circuit television feed at the White House. The Seawolf's missile was to have struck a drone reportedly being towed by a Navy P-3 Orion maritime surveillance aircraft. However, to the horror of the Navy personnel involved with the test and senior White House staff gathered to witness the missile's successful launching, it veered off course and intercepted the TWA 800 Boeing 747, killing the 230 passengers and crew on board the aircraft.

ABC News Paris correspondent and former John F. Kennedy Press Secretary and U.S. Senator Pierre Salinger reported that a U.S. Navy missile, according to his sources, had downed TWA 800. A vicious smear campaign was launched against Salinger and he was eventually fired by ABC. This editor subsequently spoke at length with Salinger about both TWA 800 and Pan Am 103. We agreed that the investigations of both involved U.S. government cover-ups.

The Seawolf, which had recently completed sea trials but had not yet been fully commissioned into service, was participating in a major Navy exercise off Long Island in exercise area W-105. The exercise was dubbed GLOBAL YANKEE '96. Ironically, the Seawolf was to be commissioned in Groton, Connecticut on July 17, 1997, the anniversary of the shooting down of TWA 800, but the Navy, sensitive to the date, altered the commissioning to July 19, two days later.  Margaret Dalton, the wife of Navy Secretary John Dalton, carried out the submarine's "christening" in Groton.

The FBI initially believed that terrorism was the cause of the crash of TWA 800 and it ran a criminal investigation parallel to that of the National Transportation Safety Board (NTSB). However, as the need to cover-up the missile angle became paramount, the FBI changed modes and began harassing witnesses who clearly saw a bright streak or arc in the sky moments before the massive explosion tore apart the Boeing 747 sending bodies and debris into the Atlantic Ocean. Two Air National Guard Blackhawk helicopter pilots saw an orange-red streak prior to the fireball while conducting helicopter training approaches at nearby Gabreski Field.

But the missile theory never could be put to rest. Senator Alphonse d'Amato (R-NY) said he believed a missile struck TWA 800, as did a number of individuals with military and flight experience. D'Amato served on the President's Commission on Aviation Security and Terrorism (PCAST), which was set up in September 1989 to make aviation security recommendations after the bombing of Pan Am 103 over Lockerbie, Scotland. In 1993, D'Amato opposed funding any more Seawolfsubmarines, however, as they were built by the Groton, Connecticut-based Electric Boat Division of General Dynamics, the two Connecticut senators, Joseph Lieberman and Christopher Dodd, were strong proponents of the submarines the Navy said they did not even need in the post-Cold War era.

The crew of the P-3 that was towing the drone was immediately transferred to new assignments. The P-3's number 3 engine showed signs of damage from the explosion of TWA 800 and maintenance records on the engine were suppressed by the Navy. Three other submarines participating in GLOBAL YANKEE '96 were also ordered out of the area. They were the USS Albuquerque, the USS Augusta, and the USS Trepang. The FBI accounted for all missiles aboard the three submarines but not those on board the Seawolf, which was not yet officially commissioned into service and which had just completed it sea trials a little over a week earlier.

Our source confirmed that US Navy SEAL team members were dispatched to recover TWA 800 wreckage with the sole intent being the alteration of the debris to fit the story of a defective fuel tank explosion. Two U.S. Navy salvage ships, the USS Grasp and USS Grapple, were sent to Long Island waters to recover TWA wreckage.

In 2000, conservative pundit Reed Irvine confirmed what Salinger had reported four years earlier. Irvine reported that he recorded an interview with a Navy petty officer who was on the deck of a submarine near where TWA 800 was hit by the missile. The petty officer told Irvine that he was "underneath TWA 800 when he saw a missile hit it and the 747 explode overhead."

Irvine also wrote, "There are hundreds of Navy and Coast Guard personnel, as well as some FBI, CIA, FAA, NTSB and former White House employees who know that the real cause of the crash of TWA 800 was papered over with a tissue of lies. Two of them, James Kallstrom and George Stephanopoulos, have made statements that indicate an official cover-up. Stephanopoulos, a Clinton adviser who is now an ABC News correspondent, mentioned on the air a secret meeting in the White House situation room 'in the aftermath of the TWA 800 bombing.' Kallstrom, who headed the FBI's TWA 800 investigation, told me – and I have this on tape – that three radar targets close to the crash site were Navy vessels on a classified maneuver. We know they were submarines because the radar tracks disappeared when TWA 800 crashed."

One of the submarine's that was ordered to immediately leave the area of the TWA crash was the Seawolf. The Seawolf was testing a missile that could be fired on an enemy aircraft while the submarine was fully submerged. The Navy ordered all radar data of the incident seized. The Navy and other U.S. agencies subsequently altered data tapes to be consistent with the NTSB's contrived conclusion that TWA 800 was brought down by a spontaneous explosion in the center wing fuel tank. Radar tapes showing the P-3 at 20,000 feet and a towed drone at 17,600 feet at about a mile behind the P-3 were erased. 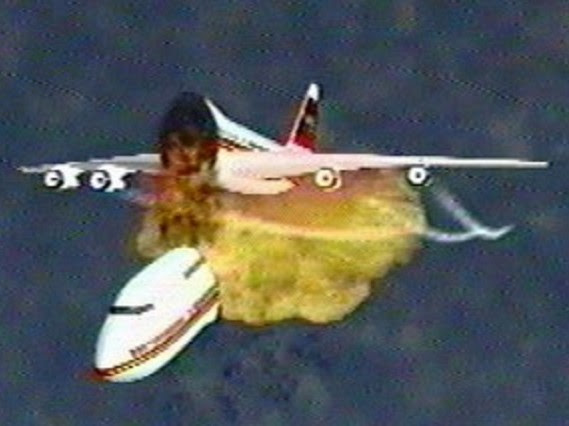 The Seawolf's Cooperative Engagement Capability, which linked its weapon systems with the Aegis radar systems installed on other Navy ships participating in the exercise, also saw its data purged. Once the subsurface missile was launched, the Seawolf's combat software no longer had control over the missile.

The Navy's Aegis training platform, the Combat System Engineering Development Site (CSEDS), located in the middle of a cornfield in Moorestown, New Jersey, off of the New Jersey Turnpike, which had a AEGIS SPY-1 radar window off Long Island, also saw its data tapes confiscated as did the Federal Aviation Administration control center in Islip, Long Island and the FAA technical center in Atlantic City, New Jersey. A Lockheed-Martin engineer who worked at CSEDS in Moorestown said the SPY-1 radar was reported to be "down for maintenance" during the exercise, an exercise in which it was to have been a participant.

The NTSB falsified data in their cover-up, billed as an investigation. The Flight Data Recorder's indication that something struck the Boeing 747 was brushed aside.
Hank Hughes, a former senior NTSB accident investigator, revealed in 2013 that evidence that a "high-velocity debris exiting the right side of the aircraft." Hughes said evidence was tampered with. Other NTSB investigators joined Hughes in criticizing the NTSB's "accident" report. Testing done by the Brookhaven and Sandia National Laboratories could yield no evidence that TWA 800 was brought down as the result of a mechanical failure.

A number of observers witnessed a subsurface wake after the explosion of TWA 800. The Seawolf, if ordered out of the area at maximum speed, is capable of doing over 35 knots submerged. At such a speed, a visible surface wake is very possible. The pilot of a Cessna reported seeing a distinct subsurface wake in addition to a passenger on board US Air flight 277.

The Navy continues to classify a "design deficiency" discovered during theSeawolf's Weapons Systems Accuracy Trials (WSAT) conducted in 1998. In addition, the November 1999 Operational Assessment report cited six critical operational issues as high risk for Seawolf. The second issue on the Navy's list was the submarine's "weapon launch, handling, and stowage."

President and Mrs. Clinton were attending a Democratic National Committee function at the Sheraton Washington Hotel, just a few blocks from the White House, as the Seawolf's missile impacted with TWA 800. Rather than deal with the event in the White House Situation Room, the president and the first lady decided to retire to the private quarters of the White House and not issue any immediate comment on the tragedy. Hillary Clinton has all but announced her desire to run for president in 2016. The families of those who lost loved ones on TWA 800 may not be all that enthused about Mrs. Clinton's ever-expanding diary of secrets.